The mansion before Henry Drummond’s alterations

It was twenty years after Henry Drummond bought the manor house in Albury Park (1819) that the Old Saxon Church on his doorstep ceased to be the Parish Church.

Henry DrummondDuring this period the Church of England still retained most of its legal, cultural and ideological authority of a hundred years before. People alive then could remember when legal penalties could be imposed for non-attendance at Sunday service.

It was not until 1828 that the legal discrimination against non-conformists was removed, and the Catholic Emancipation Act was not passed until the following year.

At a local level, the parish authorities in the Parish Church Vestry were still the main machinery for local government; they had responsibility for matters such as schools, poor relief, public health, local roads and public order. For these purposes and for the maintenance of the church building the Vestry raised the Parish Rate on all parishioners. Within the church, the system of pew rents, in effect, built the social divisions of the previous century into the very fabric, as the poor who could not pay for seats used the free pews or stood. 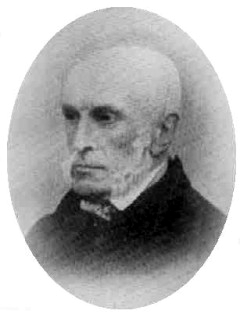 Albury was not unusual in any of these respects and it was inevitable that the Rector and Henry Drummond, as the most prominent property owner in the parish, bore much day-to-day responsibility for the well-being of the whole Parish.

Henry Drummond was a man of ability and distinction. He was a Member of Parliament and a leading figure in the City of London, he was also the patron of the parish and, as such, possessed the right to nominate its Rector for appointment by the Bishop. Drummond’s interest in the church, however, extended far beyond the power and influence that it conferred on him. He was a man who had a developed spiritual awareness.

Within five years of his buying the mansion in Albury Park in 1819 Drummond had gathered about him a group of associates to examine and discuss the teachings of the charismatic Scottish preacher, Edward Irving. Irving’s interpretation of the Book of Revelation, which excited wide interest at the time, was later to evolve into the doctrines which were to distinguish him from his Presbyterian origins and, eventually, to his establishing a distinct church.

Drummond’s group met regularly, and from 1826, it conducted series of annual conferences to examine the manifestations and teachings of Irving’s ideology. The Rector of Albury, the Reverend Hugh McNeile and a number of other Church of England clergy joined in these events. But as Irving’s teaching took a stronger hold over Drummond’s associates, and particularly after 1832 when his followers established their own Catholic Apostolic Church in the Newman Street Church in London, the Reverend Hugh McNeile became anxious to disassociate himself from them. Relations between McNeile and Drummond worsened and the two men were set on divergent courses.

Drummond withdrew from the Parish Church in that year and it is said that he did not attend services in it again. McNeile began to preach against the Irvingite movement, but by 1836 the new Catholic Apostolic Church had sufficiently grown in strength and confidence to be able to assert itself by delivering to the Church of England and to King William IV a statement of its distinct, but catholic, position.

These events, which reverberated throughout the nation, were personified in Albury. The leaders of the new Apostolic Church continued to meet in the mansion only a short distance from the Parish Church that had represented the established Church of the country in Albury for hundreds of years, and Drummond and McNeile remained neighbours.

Things were to change. The maintenance of the fabric of the Old Saxon Church had long been a nagging concern for the parish. In 1820 its seventeenth century spire had become so unsafe that it had to be replaced by the cupola which we see today.A decade later further repairs and refurbishment were needed, and it had become clear that its graveyard could not accommodate the needs of the parish much longer.

These problems of the Old Church became a factor in Henry Drummond’s scheme for the parish and the Catholic Apostolic Church. By the late 1830’s Drummond had conceived a plan which would provide the Apostolic Church with a new and significant dedicated church building; it would give Albury parish a new Parish Church, and would, incidentally, provide a mortuary chapel in the Old Saxon Church for his family. His plan would also mark the final step of the removal of Albury village from the Park.